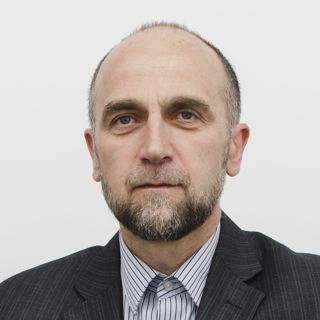 Fuad Sedić (son of h. Jusufa and h. Muhibe) was born on 11/27/1960. in Bosanska Krupa. After Gazi Husrev-beg's madrasah in Sarajevo, which he completed in 1980, he went to study in Riyadh, Saudi Arabia, at Mohammed B. Saud Islamic University, where he graduated from the Faculty of Usuliddin - Department of Hadith. He received his master's degree from the same University in the hadith profession in 1992 on the subject: Musned Abu Davud Et-Tajalisi. After a humanitarian commitment to helping our people during the aggression, he continued his studies at the same college where he received his PhD in 1997, on the topic: Sunen Abu Davud Es-Sijistani and a commentary by Ibn Reslan.
He has participated in numerous conferences, symposia, both inside and outside BiH.
He was one of the founders of the Islamic Pedagogical Academy in Bihać, which later grew into the Islamic Faculty of Pedagogy, where he still works today.
For several years (1996-2004) he worked as an external associate in the madrasa Reis Džemaludin Čaušević in Cazin. He has also been an external associate at the Faculty of Islamic Sciences in Sarajevo for undergraduate and postgraduate studies for several years. At the University of Bihać he was elected full professor in 2006 in the field of Hadith sciences.
In addition, he taught the subject Religion and Health at the Higher Medical School of the University of Bihać and later at the Department of Social Pedagogy and Spiritual Care at the home faculty. He was a member of several committees for the defense of doctoral theses at the Faculty of Islamic Sciences in Sarajevo, as well as a member of the Commission for Promotion to a Higher Profession from Hadith.
He was vice-dean (1997-2001), then dean for four years (2001-2005), as well as a member of the board of Islamic Faculty of Pedagogy in Bihać and the University of Bihać (for two terms). He was a member of the Main Board of the Ilmije Association for eight years and its Vice-President until 2003, as well as the Chairman of the District Committee of the Ilmije Association for four years for the Bihać Mufti area.
He has been a regular contributor to the Preporod newspaper in Sarajevo for over twenty years and has been a member of the editorial board of Muallim magazine since 2000. He was also a board member of the Institute for the Islamic Bosniak Tradition (IITB) in Sarajevo. He is currently the dean of the Islamic Faculty of Pedagogy in Bihać.
He has published a dozen books: The Little Signs of the Day of Judgment, Hadith 4, The Madrasah textbook in BiH, The Great Sins, The Prophet's Messages, Mohammed's Specifics, The Holy One, and His Ummah, Forty Selected Hadiths with Commentary, Musned Abu Hanifa, Hadith Collection, Imman Branches. Religion and Health, University Book, F. Sedic and S. Kendic, Ashabi - The Most Selected Generation.
He has been involved in translating several books from the arabian language and has also been a peer reviewer of translations of capital works from Hadith. He has published many papers in Preporod, New Horizons, Takvim, Glasnik, Muallim and the like.
He has received many acknowledgments, including: The 2007 Bihać University Gold Badge and the Award for Merit and Contribution to the Development of Hadith Science, Hasan ef. Shkapur Fund, Tešanj, 2008. Maintains the hadith of Hadith Bihać at intervals of time.
He is the father of six children.