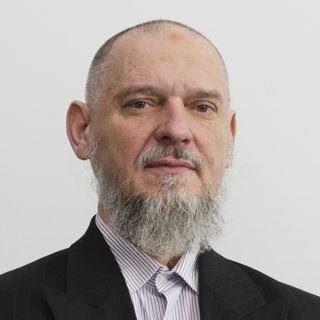 He was born in Rajnovac near Velika Kladuša on June 13, 1955, to father Nuhan and mother Hatidža. He graduated from the Gazi-Husrev-beg’s madrasah, graduated from the Department of Islamic Economics in 1983. Mohammed B.Su'ud Law School in Riyadh, S. Arabia. He works as an imam/hodja in the area of Velika Kladuša, and then in Bosanski Novi as an imam/hodja and religious education officer of the OIC.

In 1989, he went to Riyadh to graduate from the King Sa'ud State University Pedagogical Faculty and in 1994 received his master's degree in the department of Fikh & usul with the subject “The Legal Aspect of Khilafat through the Comparison of El-Ahkjamus sultanija” by El-Maverdi and “El-Gijasi” from El-Džuvejnija”. He received his PhD from the Faculty of Law in Sarajevo on January 7, 20047 on the topic: “Urf (custom) as an auxiliary source of sharia law with reference to Bosnia and Herzegovina”.

He has been working in IC - Vienna as imam/hodja. He also teaches as an associate professor at the Islamic Pedagogical Academy in Zenica. After breaking the siege of the Una-Sana Canton, he returned to Bihać, where he participated as one of the initiators in the founding of the Islamic Pedagogical Academy. At the Academy and then the Islamic Faculty of Pedagogy, he was appointed lecturer in professional subjects Kiraet and Fikh (Islamic jurisprudence and methodology of Islamic jurisprudence.

He has been elected dean of the faculty and acting dean several times, and currently serves as a full professor at the IPF in Bihać. He holds a Master's Degree in Education, Education and Islamic Legal Thought at the IPF Master's Degree, and has also taught at the Postgraduate Master's Degree: Fundamentals of islamic economics, faculty of Economics in Sarajevo. He publishes works in the Islamic community periodicals: “Preporod”, “Mu'allim”, “New Horizons” and “Saffu”.

His life-long, extensive work and project Religion and tradition in the Identity of Bosniaks awaits review by the Institute for Islamic Tradition of Bosniaks and publication, as well as the book Records in BiH - Phenomenology of Writing (sihr - black magic and Islamic Attitude and Treatment.

He participated in the project of translating Buhari's Sahih, in the course of translating the contemporary capital fiqh work of dr. Vehbe Ez-Zuhajlija El-Fikhul-islamijju ve edilletuh. He has been a member of various supervisory, governing and other committees, a mentor or a member of various committees (graduate, master and doctoral), professional and scientific projects, a number of international congresses, professional conferences and conferences, and has given a number of expert interviews in print media. television (USK, B. Luka, PINK) and radio (Naba, Behar, Bihać). He has delivered hundreds of expert lectures and public forums, roundtables on Sharia and Islamic sciences. A large number of lectures have been published in the media in the arrangement of various publishing houses, civic associations and humanitarian organizations.